ABOUT THE ACTING DIRECTOR 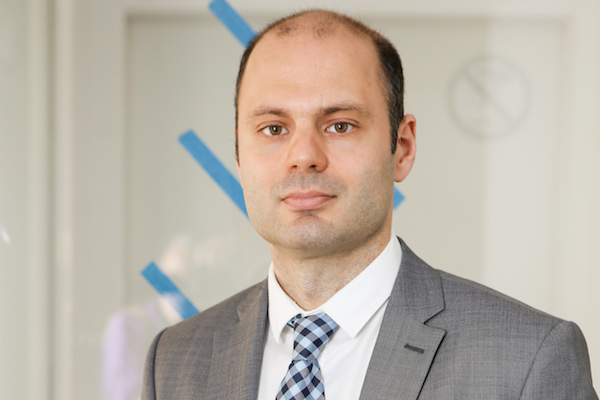 DR MARKO KRSTIĆ
The Board of the Center for the Promotion of Science, with prior consent of the competent minister, appointed Dr. Marko Krstić, Assistant Professor at the Faculty of Electrical Engineering, University of Belgrade, as Acting Director of the Center at the session held on 31 May 2018.

Dr. Marko Krstic was born in 1984 in Niš. He graduated from the Faculty of Electrical Engineering, University of Belgrade in 2007, and in 2016, at the same faculty, he defended his doctoral thesis entitled Statical and Dynamical Characteristics of Injection-Locked Fabry-Perot Laser Diodes, thus earning his PhD in Electrical Engineering and Computer Science. His fields of interest include quantum electronics and photonics.

Since 2009 he has been employed at the Faculty of Electrical Engineering, University of Belgrade, at the Department of Microelectronics and Technical Physics, where he first worked as a teaching assistant, then in 2010 as a lecturer, and in 2016 as an assistant professor. During his career, he was involved in teaching a total of 15 courses; he has also participated in establishing two new courses and reforming one. Among the most significant courses he took part in is the Special Group in Physics, a course in advanced physics for first-year students at the Faculty of Electrical Engineering.

He has published more than 20 scientific papers in international SCI journals, participated in international conferences and symposia of national importance, and took part in two international projects (Techniques Of Modulation And Remodulation for PON (TOMAR-PON), a project by the Portuguese Ministry of Science, and A New Approach to Temperature Processes Control Based on Soft Computing Methods (Neuro-temp), an Eureka project) and several national scientific research projects.

He has received several awards for the best scientific paper published in a foreign journal. He is the Vice President of the Organizing Committee of the renowned PHOTONICA 2019 International Conference.

He participated in the promotion of the International Year of Light through a series of popular science lectures at the Serbian Academy of Sciences and Arts and the Kolarac Foundation. He is an active lecturer at the Applied Electronics Winter Seminar in Petnica. He participated in the preparation and is the manager of the Science Meets Parliaments project, which is being implemented by the Center for the Promotion of Science in collaboration with the EC’s Joint Research Center.

Directors of the Center for the Promotion of Science